You Are Raised Up with Christ and Seated with Him in the Heavenly Realms (Ephesians 2:6) 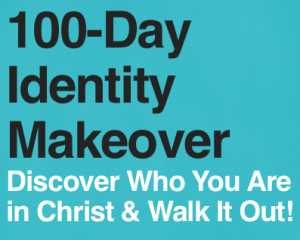 Jesus’ work in securing a gloriously victorious life for us through salvation and deliverance is already complete! “The reason the Son of God appeared was to destroy the devil’s works” (1 John 3:8). And destroy them He did! Hell, death, the grave…. defeated! And not just for Himself, but for all who believe upon His death and resurrection!

To emphasize the truth of the already accomplished status, the Word of God states that Jesus is seated at God’s right hand in the heavenly realms. And in case any further clarification is needed: “…far above all rule and authority, power and dominion, and every title that can be given, not only in the present age but also in the one to come. And God placed all things under His feet and appointed Him to be head over everything for the church, which is His body, the fullness of Him who fills everything in every way” (Ephesians 1:21-23).

Child of God, you are raised up with Christ and seated with Him in the heavenly realms!

God has so much more for you, and your perspective has everything to do with your receiving His abounding grace to you. Yet, if we only maintain an earthbound perspective, we miss heaven’s realities. Think about the man at the pool of Bethesda. The Bible says he had been an invalid for thirty-eight years! He was at the pool along with many others who gathered in hope that their afflictions could be healed. Where do we gather today when we seek resolution to something out of order in our lives?

The man was face-to-face with with the Spirit-anointed Son of God, the One who said He only does what He sees His Father doing (heaven’s realities). Jesus, hosting the Holy Presence of God, asked the man if he wants to get well. Perfect peace is Jesus’ reality, so perfect peace He offers. But get this: the man looked then to the pool and explained to Jesus that he tried to receive the miraculous healing that accompanied an angel’s divine visitation to the pool, but someone else always got into the waters ahead of him.
An earthbound perspective says, “I do believe there are miracles for a select few, and if I could be the first in the angel-stirred waters of this pool, I would be counted among the fortunate winners.”

A heavenward perspective says, “‘Get up! Pick up your mat and walk.’ At once the man was cured; he picked up his mat and walked.” (John 5:8).

Child of God, you know upon whom to fix your gaze! As one who is raised up with Christ, your view is from heaven toward the earth. You place the totality of your faith in Him who already overcame the world and is now seated and named the highest above every name and title! You live the “Rise Above Life” because God’s grace abounds to you in Jesus Christ.

Target a situation that currently challenges your community of faith. Are there vacant seats proving the unsaved are not being reached? Is there apathy towards God’s Word? Are some suffering physical afflictions? Is someone walking through the valley of the shadow of death?  Acknowledge your privileged position as the Church- raised up and seated in the heavenly realms with Christ, and pray over the targeted situation with specific wisdom as the Holy Spirit guides you.